The Tatlawiksuk Fire, 41 miles south of McGrath, has been burning steadily (as of posting) since June 4th, sparked by the recent lightning storms in Southwest Alaska last week. These VIIRS animations of DayLandCloudFire (left) and the i04 band (right) show the change of the fire perimeter (in bright red) from June 8th to June 9th.

The i04 band is the main component of the DayLandCloudFire RGB, When paired with fire heat points, it gives information about the fire’s energy. The images below show what i04 looks like in AWIPS with the VIIRS Active Fire points added. Colors from yellow to red represent increasing fire radiative power (FRP), which is determined based on the rate of emitted radiative energy per unit area. 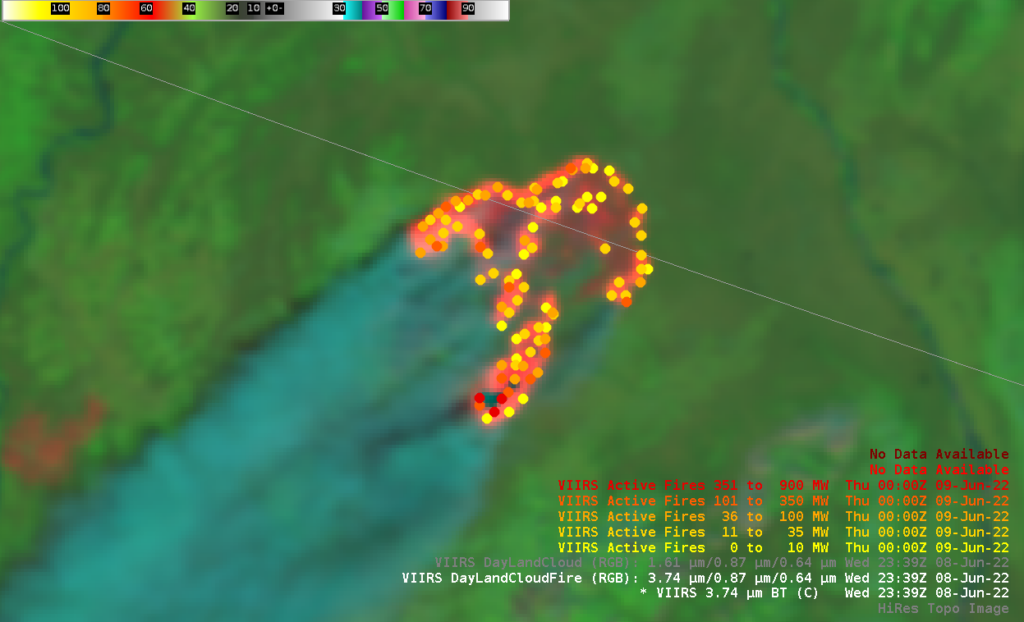 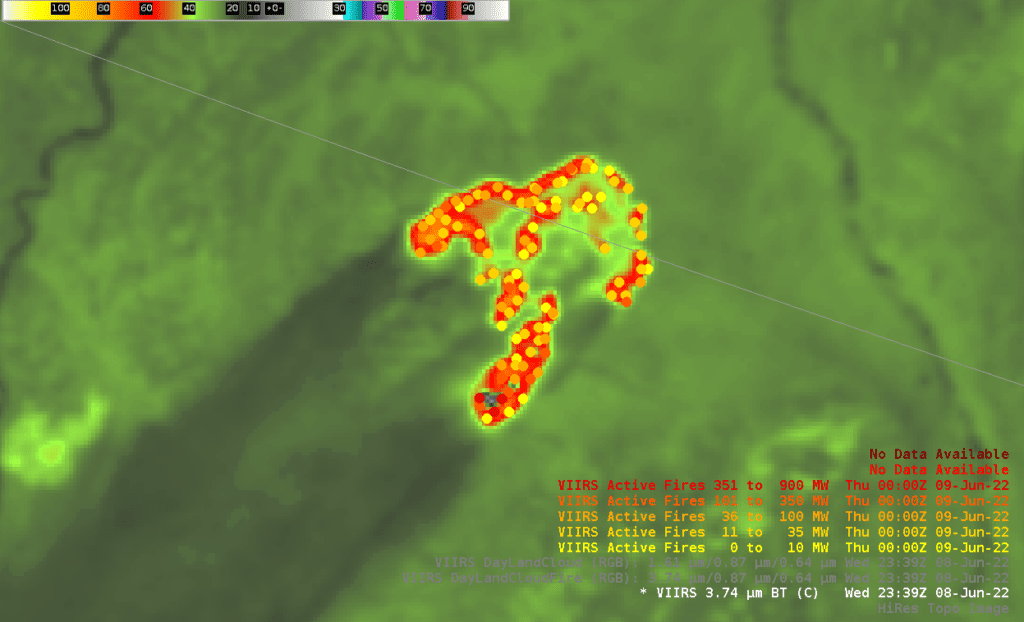 In the DayLandCloudFire RGB and i04 (3.74um) above, notice the grey pixel in the southern extension of the fire perimeter. This is where the sensor became saturated on that pixel, which is in the hottest part of the fire. Essentially, it was so hot in that part of the fire that it “saturated” the sensor, so the pixel looks cooler (in this colormap grey indicates cooler brightness temperatures than green, yellow, or red). (Think of it as an overload error). However, even though there doesn’t appear to be a fire in that grey pixel, there is. The m13 / 4.0 um image (below) reports the hottest brightness temperature in that area is approximately 179 degrees Celsius, so we know there is a fire in that location. The only problem is that VIIRS m-bands, like the m-13, are lower resolution, 750 m rather than 375 m.

When calculating fire heat points, the software takes into account the sensor saturation of the i04 (3.74 um) image. The software recognizes that the pixels are oversaturated due to heat and automatically designated as fire pixels, even though it doesn’t look like there’s a fire point in the saturated area. 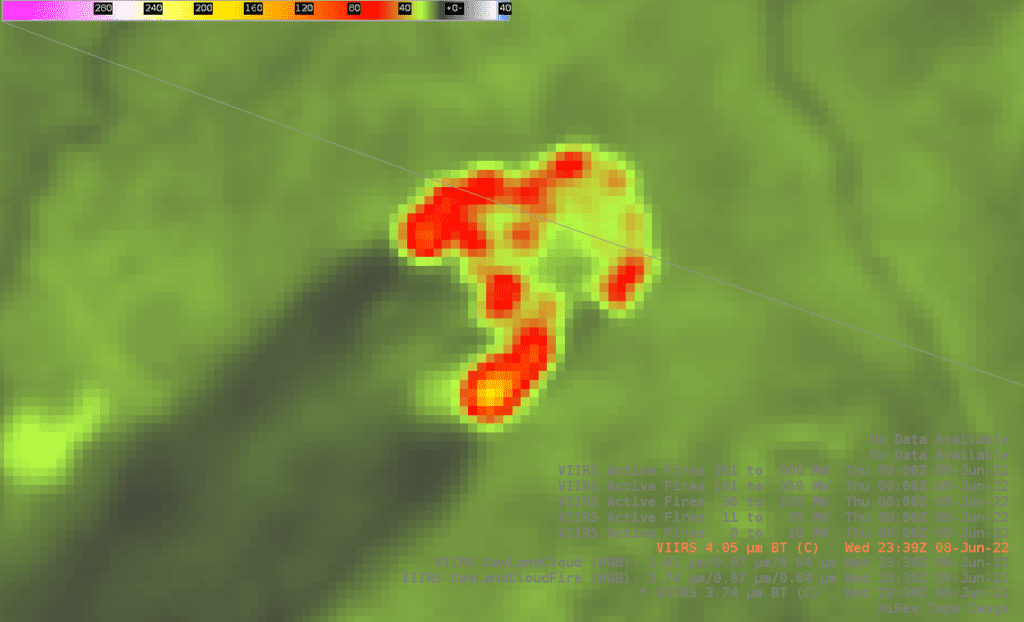 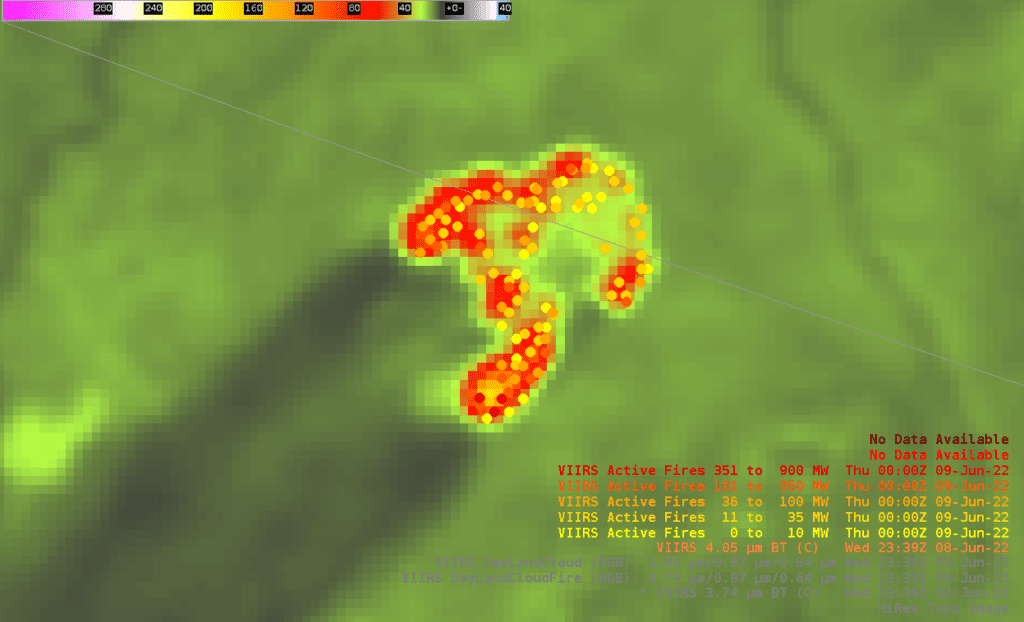 In this super close-up of the i04 (3.74um), m13 (4.0 um), and the heat points alone, you can see there’s an equally spaced grid of dots. These are the true pixel centerpoints identified as parts of the fire, and they do indeed include the saturated area. The fire radiative power (FRP), with colors that are easier to see in the image at the far right, is calculated using the 4.0 um, which is why there are still values for dots in the saturated area. 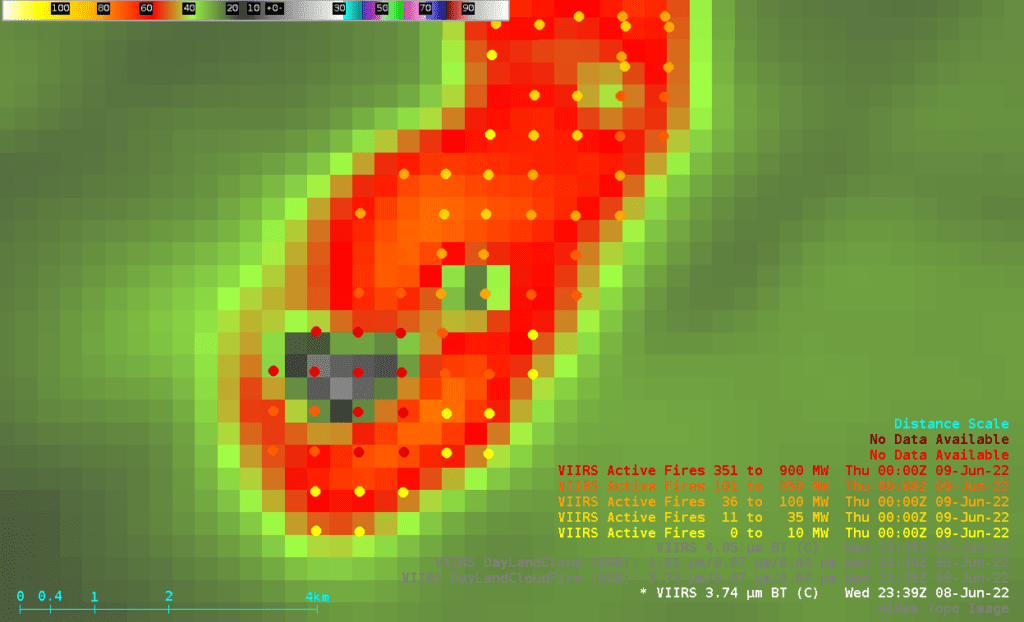 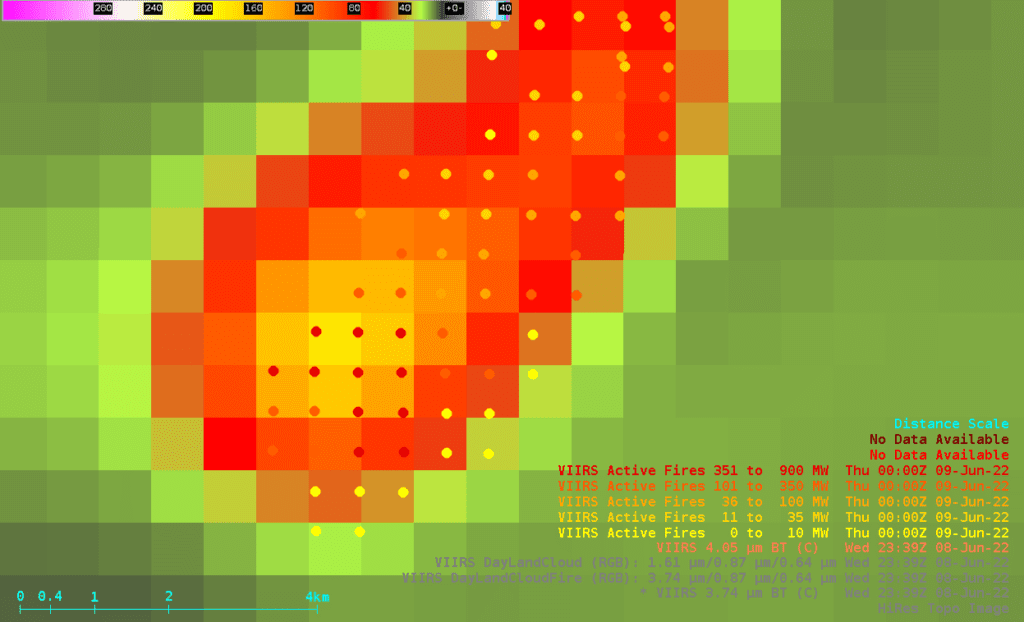 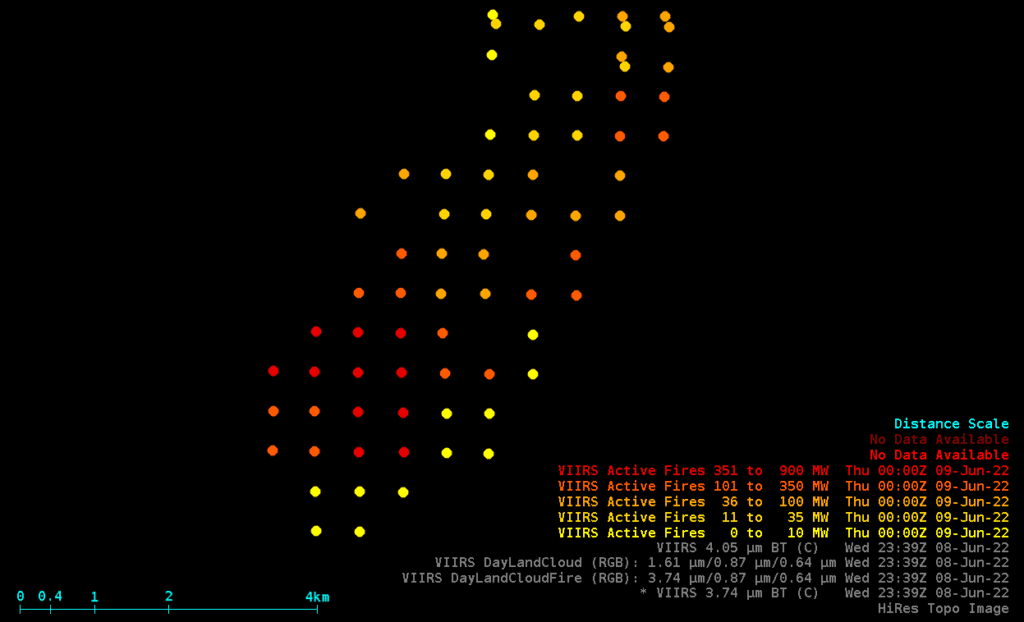